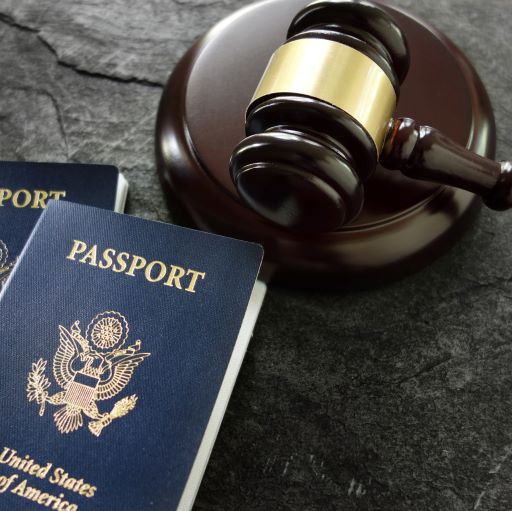 Renouncement of Turkish Citizenship by Permission of Competent Authority

Universal Declaration of Human Rights dissents a state’s deprival of a person’ s nationality and arbitrary denial of a request to change citizenship. This concept has been gaining presence as a rule of international law. In other words, change of nationality is not an absolute right that can be benefited indefinitely by the applicant, and deprivation of nationality against someone’ s consent is also not a power that a state can impose arbitrarily. Accordingly, Constitution of the Republic of Turkey clearly states that Turkish Citizenship can only be lost under limited circumstances listed by the law.

Loss of Citizenship by a Competent Authority Decision - Renouncement by Permission

This right is only granted to those who already are or will become a citizen of a foreign state and is considered as the regular way of losing Turkish Citizenship. This is when a citizen with certain conditions makes a request to renounce the Turkish Citizenship and the Ministry of Internal Affairs grants the permission to do so.

1.     Having attained the age of majority and the legal capacity to act.

2.     Having acquired citizenship of a foreign state or the existence of convincing indications showing that one will acquire such citizenship.

3.     Not being wanted due to a criminal offence or military service.

4.     Being free from any financial and criminal restrictions.

Application for renouncement of Turkish Citizenship can be made either to the office of the governor where the applicant resides in Turkey, or to consular offices abroad, in person or with a power of attorney specifically indicating such rights. Applications for renunciation cannot be made via mail.

Application for minors and ones who does not have the legal capacity to act shall be made by their legal guardians. Applications are based on Republic of Turkey Identification Number of the applicants. Date of application will be the day applicant’s form was received and registered by the competent authority.

Fulfilling all conditions listed by the law does not guarantee that the Ministry of Internal Affairs will grant such application. Though the ministry cannot arbitrarily deny an application either.

Applications are usually finalized in a few months by the authorities, depending on their workload. However, applications of the ones who already have acquired another citizenship might be granted earlier than expected.

Documents of Renunciation of Turkish Citizenship

Renunciation permit document will be issued by the Ministry of Internal Affairs for requests made by those whose claims are deemed appropriate for seeking to renounce Turkish Citizenship in order to acquire citizenship of a foreign state. On the other hand, a renunciation document for Turkish citizenship will be issued by the Ministry to those who authenticate the acquisition of citizenship of a foreign state before or after the permit is given.

Consequences of Renouncement of Turkish Citizenship

1.     Foreigners who are originally Turkish, and their descendants up to third degree shall have the right to practice professions that are devoted to Turkish Citizens.

2.     Foreigners who lost their Turkish Citizenship by decision of competent authority and their descendants up to third degree shall continue to enjoy the rights granted to Turkish

Citizens without prejudice to the provisions relating to national security and public order. Foreigners who fall under the scope of this exception will not have the right to vote or be elected, import exempted vehicles or household goods and the right and liability to serve the in the military, yet their acquired rights relating to social security are saved and they are subject to the provisions of the relevant laws in the use of those rights.

A Blue Card is issued for foreigners within the scope of this article upon request, showing that they can benefit from the rights listed herein.

In conclusion, loss of citizenship by competent authority permission is a bilateral mechanism where the right of the individual and power of the state are balanced, as the applicant has the right to freely present the will to renounce citizenship and the state has the power to provide or deny authorization depending on the qualifications.