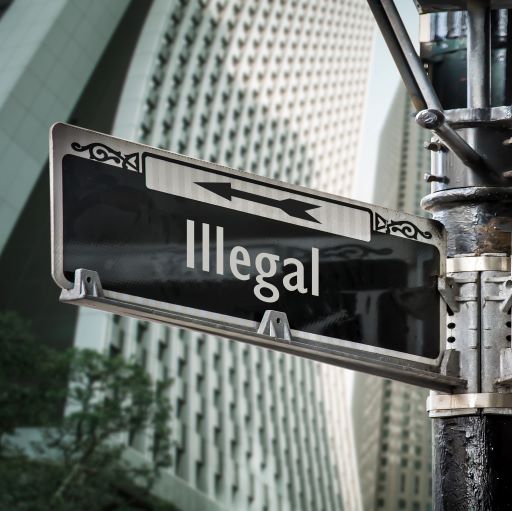 A very comprehensive and basic definition of a pyramid scheme is given in the Turkish Code on the Protection of Consumers. Namely, a pyramid scheme is a system which promises its participants the possibility of gaining money or assets in return for investing an amount of money or assets in the system on the condition of finding other participants that will engage in the system under the same conditions. Additionally, the acquisition of assets is dependent on other participants acting in accordance with the conditions as well. It is a system that promises very unrealistic and difficult earnings expectations[1].

The Basic Operation and Units of a Pyramid Scheme

Pyramid schemes are spreading day by day, mostly among segments of individuals who aim to earn passive income, do not have an active working life, and possess a certain amount of small "equity". The promise of easy and short-term earnings has made the system popular among the middle and low-income individuals.

Approximately one million people have been victimized in Turkey due to such pyramid (multi-layered) sales systems, which are also known as “Ponzi Schemes". The system founders usually carry out activities under a company that has headquarters abroad in order to exclude themselves from the jurisdiction of Turkish Law and against any legal or criminal liability that may arise. In addition, the presentation of foreign-based front companies as a prestige and image advertisement is intended to mislead the participants of the system.

According to the definition in the law, "investing money or assets", "recruiting other participants" and “providing expectation to gain money or assets" constitute the basic elements of this system.

Legal Analysis of the System

It is very difficult to say that pyramid schemes were directly defined under Turkish law before a definition was included in Article 80 of the Law on Consumer Protection No. 6502 and that the ministry was carrying out activities to prevent it[2]. As a matter of fact, pyramid schemes were not included among the sales types regulated in Articles 207 et al of the Turkish Code of Obligations.

Such systems are established and operated by contracts. A pyramid sales contract is an undefined and sui generis contract as it includes both the membership contract and the elements of the sales contract. Sui generis contracts do not include all or part of the contractual elements regulated in the law and consist of their own specific elements. Therefore, if a problem arises between the parties regarding such contracts, it is difficult to answer the question of how this problem will be resolved as there is no regulation in the law regarding the items they contain[3].

The scheme begins with the inclusion of people in a system created by companies. The companies offer products to the market in order for the system to be operated within the body of a company that carries out commercial activities. Participants may be presented as marketers, marketing managers or small employers under these systems. It is aimed for each participant to reach more people with their product sales because the main effort of the company is to recruit people as members to the system rather than selling the products. The main marketed issue in the system is the system itself; the products are marketed secondarily. The aim in these activities is to include a very large consumer group both as customers and distributors of the system.

Pyramid schemes, also known as "Network marketing" or "Multilevel marketing", make hundreds of thousands of people suffer every year around the world. Networking in Turkey is also done through show products in an attempt to add legitimacy. It is known that 150 network companies in the market collected hundreds of millions of liras from 916 thousand members under registration fees. Face-to-face meetings are held in cafes, rental meeting rooms, homes or workplaces with those who want to enter the scheme. Audits are also insufficient for network marketing companies that are established without the necessity of obtaining permission or license from the ministry. The participants think that the system is an organization under the name of a company, and they think that the system is legal, with the misconception that the system is open to audit.

Many examples of  pyramid schemes have been encountered in our country[4]. These systems are banned and severe sanctions are imposed in many countries[5]. The introduction of a legal definition to pyramid schemes and banning it is a positive development in Turkey. However, controls need to be increased. A contract is signed by those who enter the system because it is aimed to make it difficult for people to leave the system. However, such contracts are invalid from the beginning as these systems are against the law.

The relevant provisions of the Turkish Penal Code are applied to those who initiate or organize pyramid schemes or spread such schemes by means of meeting, e-mail or other methods suitable for the recruitment of other people, or support the spread of such a system in any other way for commercial purposes in violation of Article 80 of Law No. 6502. The relevant provisions are the provisions of the Turkish Penal Code 156-157 regarding fraud. Direct administrative fines should be imposed on such persons[6].The Ministry is authorized to carry out necessary investigations regarding pyramid schemes or to take necessary measures in cooperation with relevant public institutions or organizations, including stopping the electronic system.

2 Turkish Code on Protection of Consumers numbered 6502 article 80/3: The Ministry is authorized to make the necessary investigations regarding the pyramid sales systems and to take the necessary measures in cooperation with the relevant public institutions or organizations, including stopping the electronic system in our country, if any.

5 Famous American actor Zachary Horwitz was sentenced to 20 years as a result of the criminal trial, on the grounds that he gained unfair advantage through the pyramid sales system.