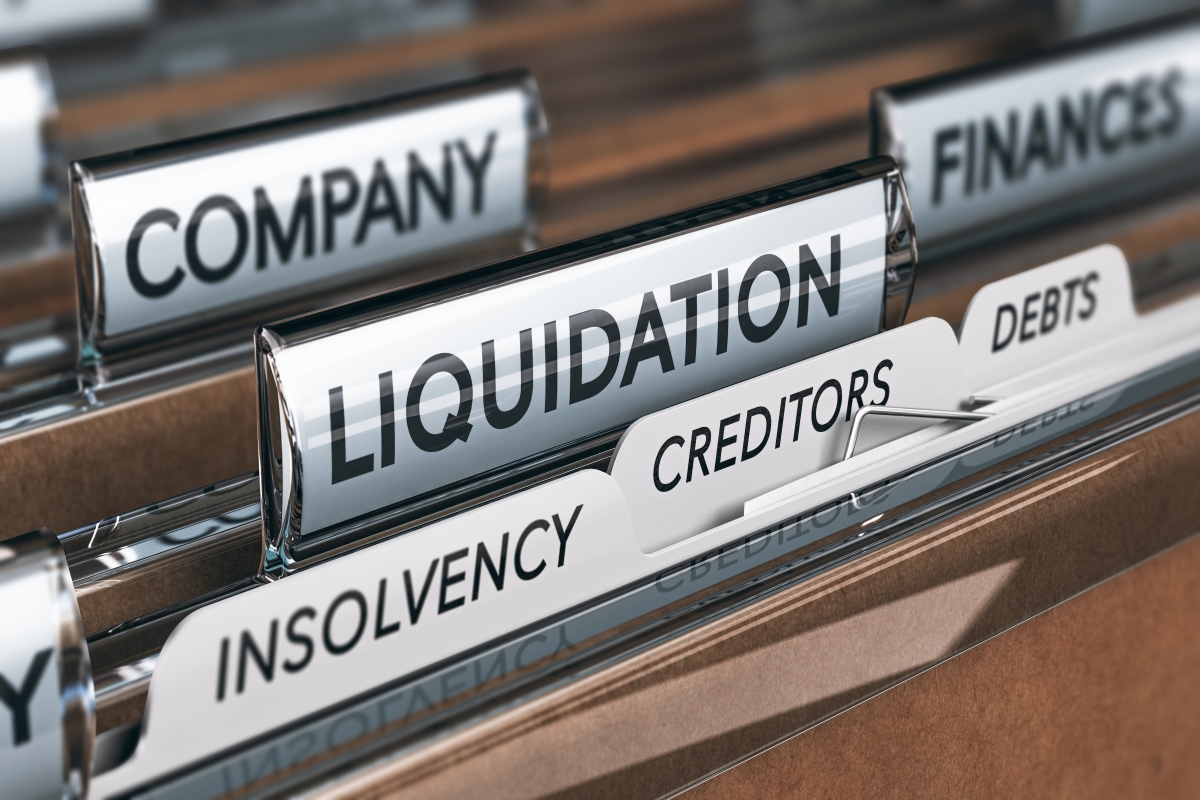 With Law No. 7343 on the Amendment of the Execution and Bankruptcy Law and Certain Laws, which entered into force on 30.11.2021, “The Regulation on the Procedure of Sales to be made in the Electronic Environment pursuant to the Execution and Bankruptcy Law” entered into force on 08.03.2022. The amendments aim to digitalize and accelerate the execution process and to simplify the functioning of the execution offices. In addition, the delivery of children in custody has become free of charge, and new regulations require that these procedures can be carried out only by experts. There has also been an important amendment regarding the requirement for authorization of a debtor for sale by consent of seized property.

One of the most important innovation with this legislation is about the forced sale procedure. Although, previously it was possible to bid electronically before the start of the tender, the sales were completed in the physical environment. However, this dual system has now been undecreed and now forced sales can only be made electronically. In accordance with the regulation, on 15.03.2022, in Ankara West (Sincan) Courthouse Executive Directorates and Sales Offices, which were announced by the Ministry on the official website to switch to electronic sales; On 01.06.2022, tenders began to be made electronically in Ankara, Bursa and Kayseri provinces and all district courthouses of these provinces, enforcement office and sales offices. The pre-amendment provisions will be applied in the seized property where the implementation is not implemented, and in the seized property before the transition date.

Another regulation brought by the law amendment is related to the sale request periods. According to Article 106/1, which was previously six months for movables and one year for immovables, “The creditor or debtor may request the sale of the seized property within one year from the lien. The debtor's receivables from third parties are also subject to this provision.” With this article, the sale request period for both movables and immovables has been regulated as one year, and another issue mentioned in the article is the regulation regarding the debtor's receivables from third parties. In case of seizure (89 notice) of receivables from third parties, which were previously considered as movable, the period which was six months was changed to one year.

Another point to be noted is that in article 150/e, it is mentioned that the sale of the movable pledge is requested within a period of six months and for the sale of the immovable pledge within a year, and there is no change in this article, and in the content of article 106/1, "from distraint" and I am of the opinion that the terms regarding the pledge of movables do not change since the phrases “attached property” are used and this issue, which may cause confusion, will be shaped by court decisions and practice.

The period for the sale request granted to the creditor with Article 160/2 has been extended: “The sale request period for the confiscation, which is requested to be sold within one year but cannot be sold as a result of the increase, extends for one more year after the expiration of the one-year period stated above for the creditor requesting the sale.” For example, if a sale was duly requested by the creditor nine months after the lien date, but the sale could not be made due to reasons such as failure to meet the conditions in the second auction or non-payment of the sale price, the creditor's remaining three-month sales request period will be extended by one year and will have a total of one year and three months. As it is understood from the text of the article, the extension of the period is granted only to the creditor, and the period is one year if the debtor himself requests the sale in accordance with article 111/a.

Sales request with appraisal and all of the selling expenses should be paid advance payment. In terms of motor land vehicles registered in the registry, storage, valuation and sale request must be made together and all expenses must be paid in advance. With this article, it is aimed to accelerate the vehicle sales processes. If it is understood that the advance deposited in advance is incomplete, a period of fifteen days is given by the executive director and if the deficiency is not completed within this period, the sale request is deemed not to have been made. A request for sale can only be withdrawn once and before bidding begins.

Before the amendment, there was no clarity regarding the sales advance required to be deposited in the Enforcement and Bankruptcy Law, and this uncertainty was resolved with the Forced Sale Expense Tariff published in the Official Gazette on the same day as the regulation.

According to the tariff; 5.780.00 TL for immovable properties, 840.00 TL for movable goods, 2.880.00 TL for registered motor land vehicles, automobiles and other freight vehicles, 3.110.00 TL for pickup trucks, minibuses, land vehicles, trucks, buses, tow trucks (trucks) It has been determined as 3.930.00TL for construction equipment, trailer, tractor + trailer and 4.470.00TL for construction equipment. “In cases where the sale is requested before the effective date of the tariff, but all of the valuation, storage and sales expenses are not paid, it is obligatory to pay the expenses determined in the tariff within one year from the effective date of this tariff. If the expenses are not paid in advance within this period, the sales request is deemed not to have occurred.”

Sales will be made through the Electronic Sales Portal integrated with Uyap. The bidding period in the auction is seven days. If the debt is fully paid by the end of the bidding period, the sale is stopped. The personal information of the bidders will not be seen by anyone except the public officials operating the information system and will not be displayed in the information system during the bidding period. This regulation has been brought in order to protect personal data and prevent the bidders from being put under pressure. Before the change in the law, there was no regulation on how much difference would be between the proposals. With the new amendment, a regulation has been made in this regard, and the difference between the offers cannot be less than one thousandth of the estimated value of the goods and in any case, not less than one hundred Turkish Liras.

During the electronic auction, the highest bidder cannot withdraw its bid and receive its security unless a higher bid is submitted within the auction period. If a new bid is submitted within the last ten minutes, the auction will be extended by ten minutes for once. New regulations have been introduced in order to prevent rigging in the tenders to be made on the Electronic Sales Portal, and natural and legal persons who take actions that endanger the operation or security of the portal or prevent or complicate access to the sales portal will be prevented from entering the sales portal for three months by the Ministry of Justice. In addition, maintenance, repair, update and improvement works related to the portal will not affect the validity of the tender.

The start date of the second auction could not defined exceeding one month from the end date of the first auction. Sale date and hours will announce at least 15 days before the auction. The form of the announcement and whether it will be made in the newspaper will be determined by the enforcement office in the most appropriate way for the benefit of the interested parties. In the annex of the regulation, there are examples of advertisements and specifications.

The tender price has to be paid within 7 days at the latest, and this period starts from the date the minute of the is announced on the electronic sales portal. The example result of the official report published in annex of the regulation.

PROVISIONS REGARDING the ANNULMENT of a TENDER:

Before the amendment, it was regulated that the interested parties in the land registry could request the termination of the tender, but with a more general amendment was introduced and it was regulated that the persons registered in the official registry of the seized property and the owners of limited real rights could also request the annulment of the tender. The creditor who wants sale, debtor it has been regulated that the limited property right holders may also request the annulment of the tender. In case of a complaint about the annulment of the tender by the creditors, debtors, persons registered in the official registry and the persons other than the limited property right holders, they are required to pay a relative fee of 68.31 per thousand over the tender price. Half of this fee is paid in advance, if the complaint is accepted, the amount deposited cannot be claimed from other parties, it is returned to him upon request, and the remaining half is collected from him in case of rejection of the complaint. Again, in case of a complaint about termination of the tender by persons other than those listed above, a guarantee of five percent of the tender price is requested from these persons.

While the pecuniary punishment to be imposed as a result of the lawsuit was ten percent of the tender price, this rate was changed to "up to ten percent" and the judge was given discretion in determining the rate. In the law, cases where fines will be imposed are listed and it is aimed to prevent attempts to maliciously delay the finalization of the tender. However, there is uncertainty about who will be fined. I believe that this issue will be shaped by court decisions and practice.

In the article 134, changes in the regulation Nr. 7343, it does not apply to the requests for annulment of the tender pending at the courts of first instance, regional courts of justice and the Court of Cassation on the effective date of the article. However, the provision regarding the conviction of a fine up to ten percent of the tender price is also applied to the requests for termination of the tender. The change in the rate of the fine in terms of the files under the appeal examination is not a reason for annulment, the Supreme Court may correct the provision by applying the amendment.

However, the provision regarding the conviction of a fine up to ten percent of the tender price is also applied to the requests for termination of the tender. The change in the rate of the fine in terms of the files under the appeal examination is not a reason for annulment, the Supreme Court may correct the provision by applying the amendment.

For the cases of foreign plea and decision of rejection of venue in the cases of annulment of the tender, a practice that differs from the Code of Civil Procedure article 20 has been introduced. The decision of foreign plea or lack of jurisdiction will be made by examining the file and within ten days at the latest from the date of complaint, and the file will be sent to the competent court ex officio, with the expense being covered by the advance of expenses, and this decision will be the final decision.

With last amendments in the Bankruptcy and Enforcement Law, it has been decreed that forced sales be made electronically, and many changes have been made regarding the enforcement proceedings. Due to the developing technology, it is a necessary and important change that electronic sales will be made in forced sales as well, and I believe that it can solve many problems such as labor / overtime / personnel employment / rigging in the tender. However, there are uncertainties in some issues and these issues will be shaped by court decisions and practice in the process.